GEM Weighs In On The Hardening Market 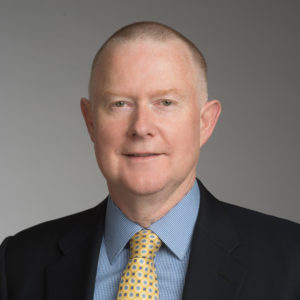 Q: We all know the excess and reinsurance markets continue to harden. What are you hearing from GEM’s members?

Nothing that’s different from the public sector in general. Property is the toughest. Capacity has shrunk, rates have risen sharply. Liability isn’t far behind. We thought earlier this year it might be limited to certain parts of the country, but no, misery loves company. This is widespread.

Q: What do you think drove the sudden change?

I think there were two factors at play. First, the root cause was exactly what had been speculated during late 2018: an accumulation of catastrophe losses eroding the excess capital in the (re)insurance markets. Second, though, was the rapid pace of change. This was driven by the actions of some of the largest markets, without which the impact on buyers would have been more gradual. At least one major U.S. insurer has pulled back from public entity property risks. Also, Lloyd’s of London has taken action to improve underwriting performance, requiring syndicates to remediate loss-making business, leading some to exit the market altogether. This has a trickle-down effect on the reinsurers who rely on Lloyds’ capacity.

Q: So, is this a pricing “correction” or a temporary bubble?

In my opinion, it’s a correction; prices are trending toward technical or actuarial rates. A correction doesn’t mean a permanent state, though. At some point, we’ll see an inflow of capital and renewed competition for market share. The insurance cycle will continue and there will likely be a market softening. The question is when and over how long a period. I’d love to make an informed prediction but I’ll leave it to the economists to get it wrong instead.

Q: Any suggestions on how to manage the uncertainty?

Stay focused on risk management. Regardless of the state of the market, underwriters will always favor the best-managed risks.

Q: Is there a positive angle to this?

Absolutely. The current conditions validate and reinforce the importance of pooling.

Q: What does GEM look like in a hard market?

Pretty much the same as in a soft market. We’ve always priced for the long-term, and so our rates will continue along a stable path. What’s critical for GEM is to maintain the high standards for membership. We have a responsibility not only to our members, and their investment in GEM, but also to our reinsurance partners.